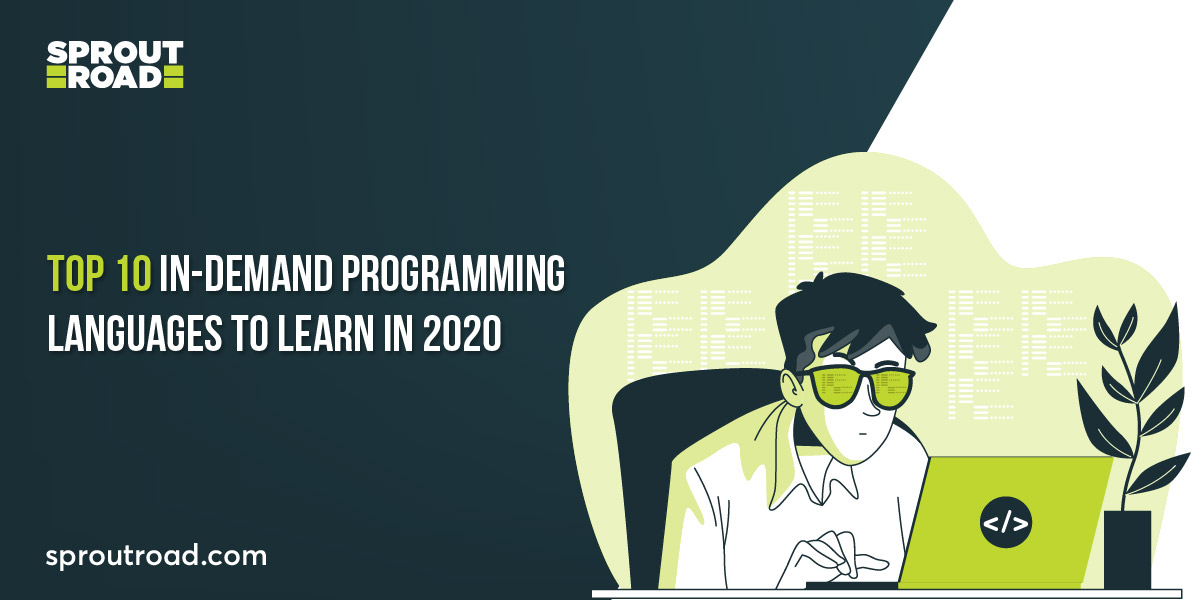 However, it would be best if you were wise enough to choose only those that are foolproof and resilient in the long run. To ease your quest, here we bring you a list of the top 10 programming languages to learn in 2020.

If you talk about programming languages, Python is to be uttered in the same breath. One of the most powerful among the high-end languages, Python, is an open-source language that is easy to learn and use. Besides, it also enjoys extensive community support.

Java has been one of the most trustworthy programming languages for decades. Furthermore, what’s more important is that it is still as relevant as ever. It is incredibly stable as a language having access to tons of open source libraries. Moreover, Java is also compatible with multithreading and distributed systems.

C and C++ forms the base of the computer programming of the present. Being incredibly fast and stable as a programming language, learning C and C++ is indispensable for your growth. Furthermore, it is portable and equipped with a rich library of functions.

Javascript is distinguished as a peerless front-end programming language. If you are looking to come up with interactive front-end applications, then Javascript is one of the few options that would lead you the right way. Being a highly versatile language, Javascript is swift and boasts of a wide range of compatible add-ons.

Also known as Golang, Go programming language is a statically typed language designed by Google. Go is mainly intended for effortless multithreading, which is why more and more companies that rely on the distributed system are rooting for this language. Though it is a popular choice in Silicon Valley, Go is yet to be adopted in India.

R is a popular language of the present. It is a standard option for graphics and statistical computing in general. Besides, it also exhibits an excellent framework along with built-in libraries fit for the future-proof technologies like Data Science and Machine Learning.

If you are familiar with iOS devices and applications, then you should know that Swift is one of the programming languages used extensively to develop the iOS apps. Powered by Apple, Swift brings an easy way to add new features and compose clean and comprehensible codes.

C# is an object-oriented programming language with excellent scalability from the house of Microsoft. With its apparent compatibility with Windows, C# is a popular language for building Windows mobile apps. Backend programming and building games are some other use cases of the language.

MATLAB is another language that is widely used for statistical analysis. This also makes MATLAB a prime option for the industry of Data Science. Image Processing and Computer Vision are some other technologies where MATLAB is used.

It is always essential to have a clear idea about the industry you wish to go to choose the appropriate programming language that will benefit you. However, if you are looking for the best website designing and development companies in Kolkata, then reach out to Sprout Road for impressive results without breaking your bank. 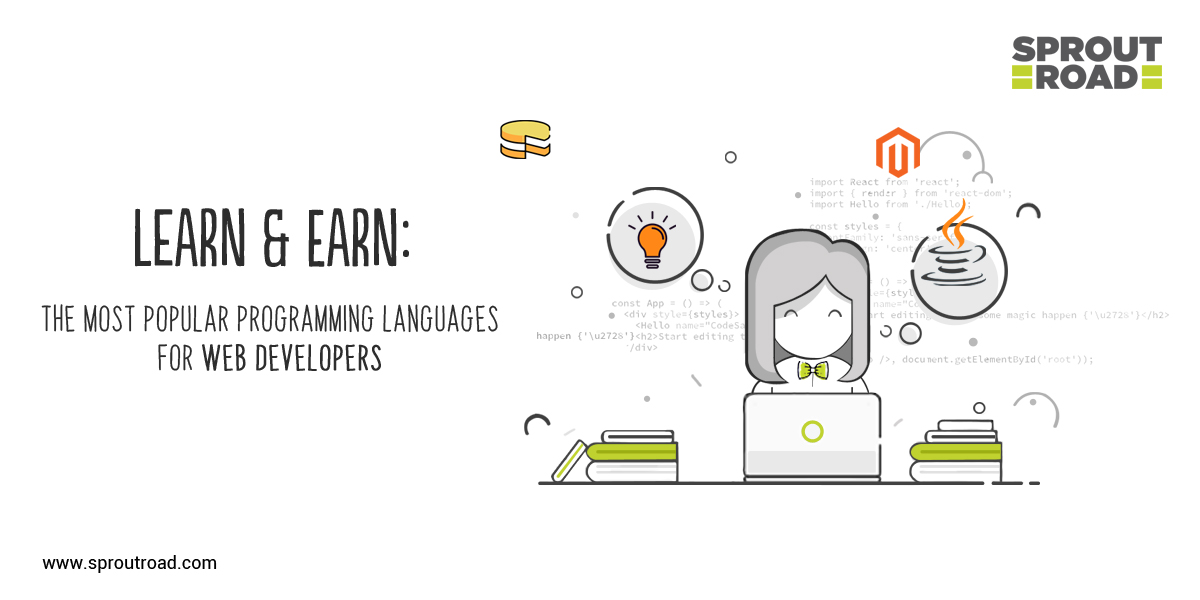 Want to engage more audience and generate leads? Then consider appointing skilled web developers; their fluency in programming languages and the art of coding is invaluable.

Ahead, we’ve talked about the two most prominent programming languages in the world of web development. They dominated 2018 and the trend continues. Besides, there are several other demanding languages which we will discuss in the later blogs. Stay tuned.

Hypertext Preprocessor or PHP is one of the most in-demand server-side scripting languages in today’s web development industry. It has proved to be a de-facto coding standard and its significance is evident from the way Facebook, YouTube, Wikipedia and Google uses PHP scripts at the backend. Surely, it helps in building dynamic websites.

PHP runs on various operating systems like UNIX, Windows, Linux and works on different databases such as Oracle, Microsoft Access and MySQL. Plus, it can be embedded in HTML with tags <?php?>.

The USP of this programming language is that it not only gathers form data but also creates, reads, writes, deletes and closes files on the server. Plus, it is perfect for sending or receiving cookies.

Often confused with Java, JavaScript is one of the major building blocks of the web. More than 99% of websites include some attributes of JavaScript. It is ubiquitous and most of the developers use it to add interactive effects on their websites.

According to Stack Overflow’s 2018 Developer Survey, JavaScript has been the most favored language in the developer’s community consecutively for the last 6 years. More than 65% of developers have incorporated it in the last year.

Basically, JavaScript is simple, light-weighted and well-interpreted language. It plays a big role in front-end development; the server-side too reaps benefits through Node.js.

The compatibility factor is a bonus. JavaScript is highly compatible with most of the browsers and is extremely flexible with the syntaxes they hold.

So, here we are with our IT languages of coding! What’s your preferred programming language and why?

Looking for professional web development services for your company? Reach us at < hr@sproutroad.com >