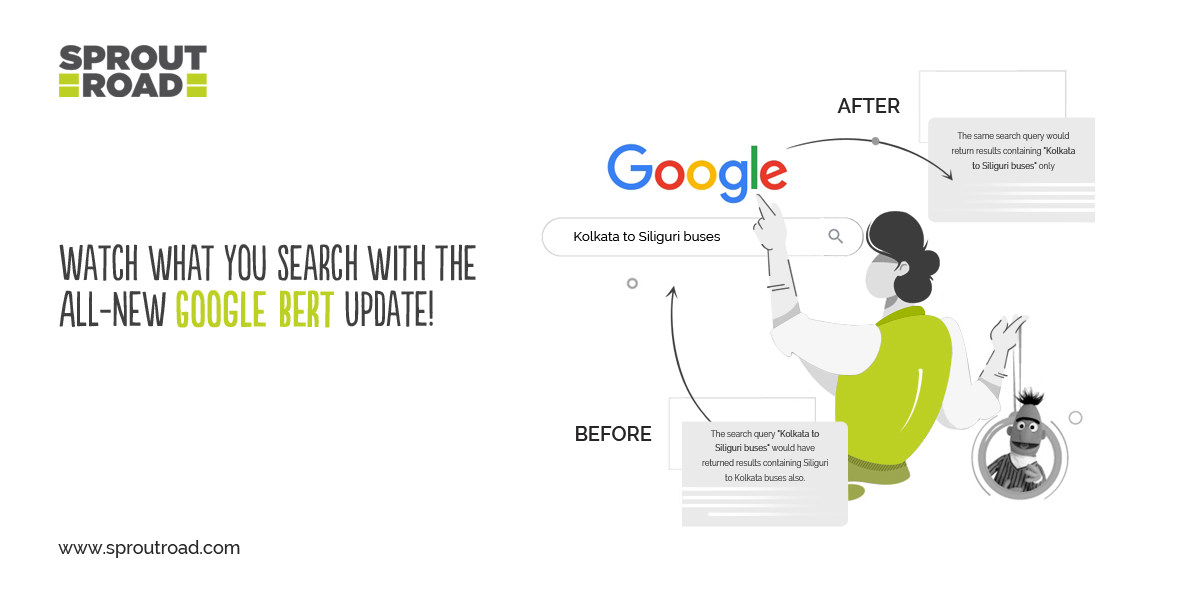 Every time Google releases a new update, it is almost like a storm running across the world of digital marketers and SEO enthusiasts. The Search engine giant released many such core updates with the likes of Panda, Penguin, Pigeon, and Humming Bird, to get the better of its rivals. Now, when we least expected it, BOOM, came the update, Bert, to watch over your content!

What should you know about Bert?

Google launched the Bert update recently, rolling out what they referred to as the most important update in five years.

Bert (Bidirectional Encoder Representations from Transformers) is the fruit of the rapid progress of Deep Learning infused with the dynamic Natural language processing technology. This update is mainly aimed at making the complicated search queries easier for our favorite search engine, based on which, you will be getting more accurate results.

The esteemed search engine has been grasping our queries quite accurately for a while now but what it lacked is the knowledge of the context and of the nuances of the English language itself. Due to this, the popular search engine may have got you some disastrously wrong results. However, it will no longer affect us, with this latest update.

This is what Google has to say about its brand new update:

“These improvements are oriented around improving language understanding, particularly for more natural language/conversational queries, as BERT is able to help Search better understand the nuance and context of words in Searches and better match those queries with helpful results.

Particularly for longer, more conversational queries, or searches where prepositions like “for” and “to” matter a lot to the meaning, Search will be able to understand the context of the words in your query. You can search in a way that feels natural for you.”

Particularly for longer, more conversational queries, or searches where prepositions like “for” and “to” matter a lot to the meaning, Search will be able to understand the context of the words in your query. You can search in a way that feels natural for you.”

Bert may seem confusing to you but it will help Google ease out. It is an algorithm update that will make things simpler for the technological juggernaut.

For example: if I searched “how to go fish?” before October, Google would have offered me articles, pictures/video links bearing “fish” and “fishing”. The query is a crucial one because “go fish” is also the name of a card game besides portraying the idea of “fishing”.

However, if you type the same query and search now after the update, you will only get relevant pictures and links of the game “Go Fish”.

Now, if you modify the query by changing “fish” to “fishing”, it would return you relevant details about fishing and how you can go about it.

Bert and its Effects!

Ever since the update was rolled out, Bert seems to benefit the websites with lucid, compact content, which are written interactively and punish poorly written/unclear content and subsequently, the websites bearing them.

So, if the thoughts of working on your On Page SEO strategy once again from the scratch are giving you nightmares, then you are in luck. This is because you won’t have to change anything from your end, but rather tweak your content and improve the overall quality of writing them.