While many are sitting home with work paused and earnings taking a hit, many are fortunate to be able to work from home via computers. For those working from home, it is important for you to build a digitally sound workplace like some people are putting in place.

Tools like Slack and Google Hangouts are helping offices collaborate with each other with more time spent on video conferencing and chatting to compensate missing on time spent together in an office. This has to be done to make remote working as productive and healthy as possible.

It is important to hold a team meet every morning so all team members are on board with the goals and targets set by team leaders for the day. This helps organise better and leaves little room for confusion and acts of omission on the part of team members.

Assign a workstation to yourself

The importance of a dedicated workstation for your office work cannot be stressed enough. Balancing your laptop on your knees while you are perched on a couch or on your bed is a bad idea and it makes you realise why offices have chairs and tables for you to work on.

One of the biggest challenges working from home and having a sound digital workplace is maintaining office-like silence. So fellow workers and seniors appreciate you for ensuring zero distractions while you are attending phone calls. Similarly, quick and prompt replies on email or collaboration tools like Asana or whichever platform you use reflects on your personality and seriousness with work.

When you are at home, you tend to either get distracted too often or work too intensely for long stretches. It is best that you ration your time wisely and take a stroll or two in between work to break the monotony of working from home for days on end.

We, at Sprout Road, an IT company in Kolkata, are working from home and we have managed to streamline our work processes and schedules perfectly in less than a week. Sprout Road recommends you read this blog to be fully equipped to work from home most productively. 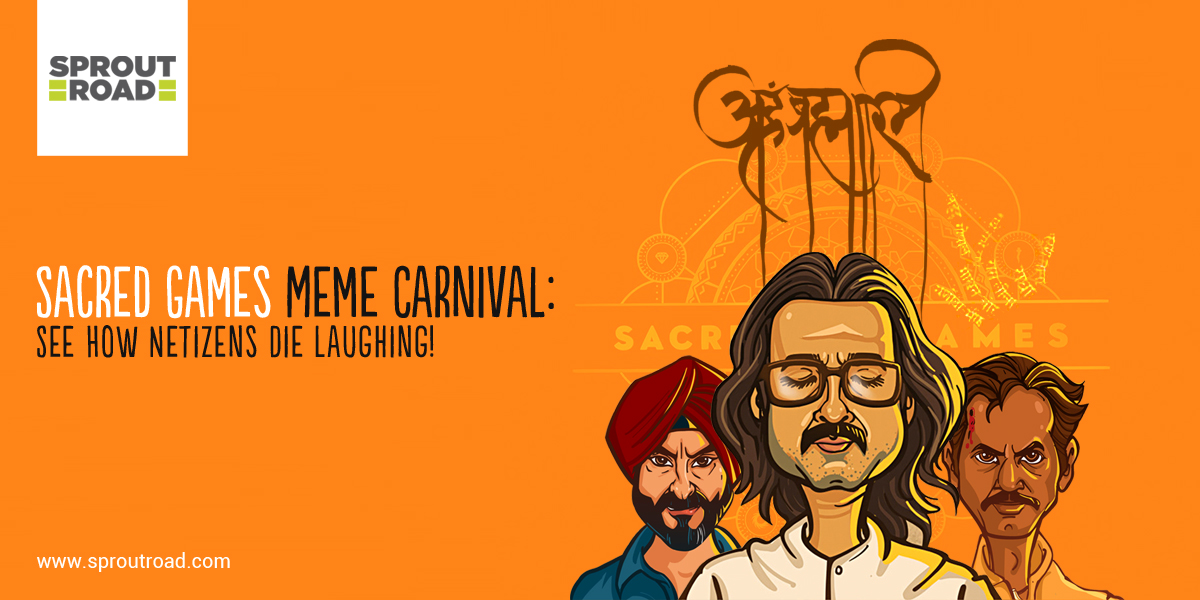 “Balidaan dena hoga sab kuch” because the Sacred Games 2 is here and trending as never before.

Sacred Games released with an all-star cast of Nawazuddin Siddiqui, Saif Ali Khan, Radhika Apte and Pankaj Tripathi among others and became an instant hit. Since its premiere on 6th July, 2018, people all around went crazy!

It is quite significantly, the first ever Netflix original series in India. The directors, Anurag Kashyap, Vikramaditya Motwane and Neeraj Ghaywan had truly devoted all of their time and resources to make this series a roaring success.

Besides the thrilling plot and stunning performances, not only from the lead actors but from the entire cast and crew, the witty dialogues and one-liners crafted cunningly and delivered delightfully, has reigned all over the internet.

“Kabhi Kabhi Lagta Hai ki Apun Hi Bhagwan Hai” iterated the Directors and the Producers of the film and released the sequence of Sacred Games on Netflix on 15th August 2019.

Though the speculation, trending terms, clouding rumors and rambling ruminations kept the social media engaged all the time, the release of Sacred Games – Season 2, on 15th August 2019, multiplied the frenzy!

With netizens all over the globe, involving in myriad memes and biggies diving in the race of warping the dialogues into ingenious marketing campaigns, Sacred Games 2 has satisfyingly seized the spotlight!

Here we bring you the top 5 promotional memes and advertisements that are ruling the Social Media:

Dates can change, but your belongings will remain SACRED inside our Home Lockers. To know more, visit https://t.co/LfYnR6DwYd or call on 1800 108 1400. #Secure #SacredGames2 #Safety #GodrejSecuritySolutions pic.twitter.com/MXWstDDQb2